I had an eating disorder throughout my childhood and it followed me all the way to today. It wasn’t from a desire to be skinny or beautiful but instead came from my own adversarial relationship with food. But now that I am pregnant I have made the decision to seek help and get therapy.

The first thing my therapist told me was to try and describe the root of this conflict I have with food. I don’t think she was expecting something like this.

We were a family of three – my abusive father, my subservient mother and me – too young to really understand.

I came from a volatile home – and my father was a violent and toxic influence on the household. The safety and comfort of me and my mother always depended on what mood my father was in, and his moods could be BLACK.

Sometimes he’d come home scowling at me and say something vicious because, as I was growing up, I had poor posture and I was overweight. I wore baggy clothes to hide my big belly and people at school nicknamed me Quasimodo. However what my father called me was more hurtful simply because it came from my father – he dubbed me ‘Hunchback Harriet’. I think my father reflected his hatred for his own crappy genes onto me. After all, he gave me this girth and shitty posture – I was a younger and female version of him.

Of course sometimes he was in a good mood. A good mood for my father was still something to abhor. He’d bring home sweets and chocolate and poke my belly and call me “Heifer Harriet.” Then he’d sit back in his chair and cackle loud so that everybody could hear how hilarious he was. This was the kind of toxic bullying that all teenagers endure (usually from their peers) but it was my mother that got relentless and endless abuse with no respite or jokes in between.

My mother got constant poison any time she was around him. I’d hear through the walls the wicked crack of fists flying; sometimes during sex. I didn’t know the words for it then but I know the words now – sadist. My father enjoyed other people’s torment – it was a fuel for him.

My mother was a broken woman. She was broken before she met him, and I don’t really have any right to divulge anything about my mother that was solely hers, this is my tragic tale and I can tell you this because me and my mother share it. But she was broken before she met my father and she was absolutely shattered by the time I came along. I am sure there was a facade that my father put on before he married my mother and before she saw what a wicked man he was... But eight years later she got the full brunt of this despicable and hateful person.

Dinner time was the only peace we had in the house. My mother was a wonderful cook and everything was prepared from scratch. She’d pop down to the butchers and make the most delicious English puff pastry pies you ever had; stuffed full of fresh sausage meat she rolled herself. She roasted her own pork. She sautéed the potatoes and she finished everything off with healthy dollops of sour cream.

No wonder I was fat.

Cooking was my mother’s weapon. It kept my father quiet. Huge chunks of food in his mouth so he couldn’t say something hateful and elevator music crooning softly across the dinner table. And for a time we had the facade of a happy family. Of course this was where my problems with food started – at the dinner table.

My mother was losing hair every day. Her skin was peeling off through the constant stress and abuse and she was locked in that kitchen all day, talking to herself – slamming the knife down on the cutting board and muttering wicked plots. I guess it was all just a matter of time...

I saw the signs of abuse against my mother but I was too young to really understand it. There was the constant flow of mascara running down her face and the fresh lacerations across her neck every single day. And these are the signs I try to look for as an astute adult, and I try to help when I can because I couldn’t then.

I came home from school and walked into the front room and immediately I could sense that something was off. My mother came out as if floating on ice – like Mary Poppins on acid.

I was greeted as usual with a tray of food and my mother in her apron – ushering me to the table. My mother passed me the carving knife – the handle end first, so as to not break safety etiquette:

“I think you should cut it today dear.” She said with a smile.

This of course was NOT done in our house – the woman carving the meat first.

The meat on that day was roasted; with pieces of apple and parsnips stuffed into the flesh. There was a fresh garnish on top and it looked simply beautiful. It was just a large cut of well cooked, juicy, succulent meat. Like every meal my mother made; it was a photogenic presentation of comfort, cosy domestic bliss. A stuffed meat dish shining against the soft lights of the dining room. And then my mum put the CD in the player and Ol’ Blue Eyes started singing.

“Honey, you know your father has never missed a meal since we’ve been a family.” She said – and I can still see that MODERN HOUSEWIVES smile of hers accompanied by that HITCHCOCKIAN twitch in her eye – a true juxtaposition. I can see it now as clear as day as I write this.

My mother looked down at her beautiful prepared table and smiled. Like I said; cooking was my mother’s weapon and she did what she did best when something got to breaking point – she lit up the dinner table.

She picked up one of those huge forks you use to collect the meat slices and a serving plate and said:

“Carve the meat darling.” With a twitch and smile.

What has tormented me most about that day and caused this war with food wasn’t that a horrible man succumbed to a horrible fate...

It was because I asked my mother for a second and third helping. 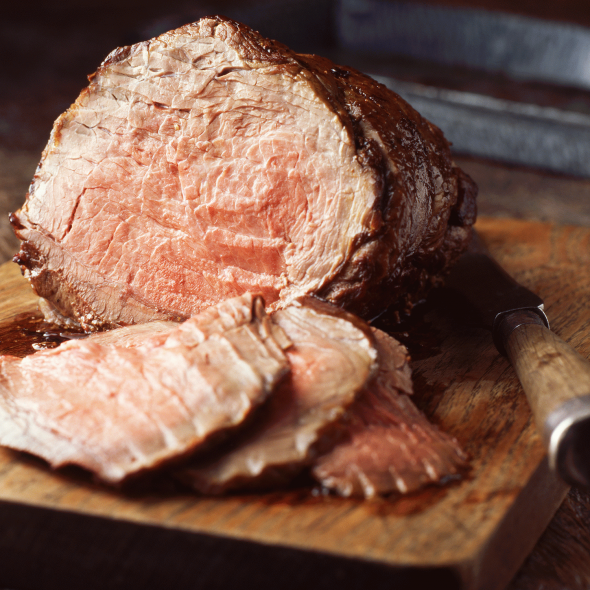