Lucinda loved feeding her pets. She had four.

She had Lila - meowing, needy, comforting beautiful Lila. She had Rory - yappy, excitable and fiercely loyal Rory. There was Darwin - an independent and lonesome ferret; just oozing with personality and stubbornness of mind.

And the last pet was Mac - Mac was the black sheep of Lucinda’s pet-family. Mac was recalcitrant. Mac was headstrong. Mac wasn’t a loyal, kind and loving pet like her other furries. But at feeding time - all was forgiven - Mac was part of the family once again. Lucinda LOVED feeding her pets - even Mac.

Lucinda put the cat food in one bowl. Whiskers © in a can - the brown gelatine sludge oozed out on the plate which she delicately mashed with a fork. Lila was doing her thing. Her tail erect - meow, meow - her soft fur brushing against the bare skin of Lucinda’s legs - hypnotic.

For Rory it was a mix of dried turkey and bacon bits with a splash of water on top for hydration. Rory’s excited tail wagged and yet the dog had the good sense to respect the human-dog obedience principles and wait for Lucinda to put the food down first.

Darwin had his mix of Amazon bought dried biscuits and beef pellets. Darwin was a maniac until feeding time and yet once the meaty taste hit his tongue, he could sleep for 20 hours.

Lucinda loved feeding time because it was the main time of the day where her family of pets and herself were all together. And the empathetic bond of feeding and loving was transacted. Lucinda cooed to her animals. She applauded the mix of patience and impatience - the ravenous desire to be fed by their human mother.

And then there was Mac. Ungrateful Mac. Eat and cower away in your corner Mac. Rory, Lila and Darwin ate in the kitchen. They didn’t sleep in cages and they roamed the house free. Mac ate in the basement. Mac slept in a cage. If Mac was disobedient or ungrateful; Mac got the whip. Mac got the shoe. Mac got the carpet beater over his bare back. Clemency was always granted at feeding time.

Lucinda walked down the basement stairs with a bowl of crushed cookies and a glass of milk. It wasn’t nutritious but it kept Mac alive. It kept Mac with enough energy to live but not enough to try and escape the basement again.

“Here you go Mac. It’s feeding time.” She said and threw the bowl down.

She wondered why she kept such a sad creature around. But then she remembered the empathy she had that made her love Lila, Rory and Darwin. I guess I’m just too nice sometimes.

She checked Mac’s chains were bound - turning to leave.

She ignored him - her insolent, ugly human pet. 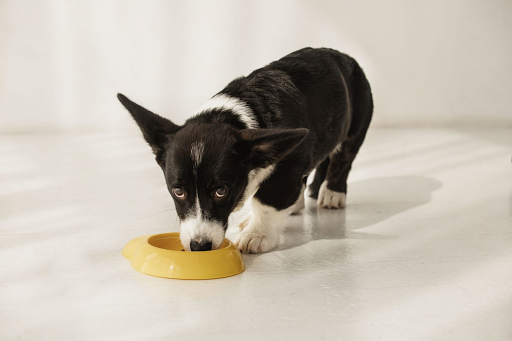