It was a pleasing ritual for Vivienne to cook a meal for her love Marco.

Light a candle, put the player on and play a light jazz, stare into each other’s eyes. Tonight was a steak, boiled potatoes with a honey glaze and red-wine jus.

A meal fit for a king, a meal perfect for a devoted-husband.

Marco was once a worldly go-getter, constantly away on work. Now Marco spent all his time in that room with his books and his thoughts – a solitary, skittish-figure.

It pleased Vivienne greatly to know that as Marco aged and responsibilities caught up with him, he had become more docile – content to spend time alone and less restless - this relationship would have died long ago had Marco always been elsewhere.

The dinner ritual was important for them. A chance to communicate and lay down a foundation of trust. It also was a chance for Marco to be regular, not the hermetic creep he’d become.

“So how was your day?” Vivienne asked; the way a good wife asks a good husband.

Ask about his day – like a normal, good wife. That’s good Vivienne. I’m such a perfect wife.

“It was good thank you dear.” Marco replied in drilled recital.

“I was in the room.” Marco replied.

Marco ate in a rush, terrified to remain there long – but Vivienne knew that if Marco finished quickly he would still have to wait for her and the time spent at dinner would have been the same regardless – Marco eating in a pointless rush. Nonetheless Marco ate mouthfuls in a sprint – as if spending time at that table over dinner was impending doom.

As dessert was brought out, Vivienne resumed her questioning, in a cold, stern tone:

“I hear you with that pen I gave you, trying to scrape away at the walls and force the window open. And I heard you today, plotting your little escape. Don’t tell me that today you were just in the room – don’t lie Marco.”

Marco nodded like the guilty little boy he was.

Vivienne knocked over the jug of wine in a fury. The table cloth dripping:

“You lost the left hand Marco; do not make me take the right.” Vivienne reached across and pulled back Marco’s sleeve to reveal a stump where the left-hand once was.

“I love you too much to do that again.” Vivienne said calming herself.

Marco could see the scar on Vivienne’s face illuminate in the candlelight.

And with that Marco was back in the basement. The large door bolted, Marco staring into dim lamplight, shackles bound to the radiator – Marco with his thoughts.

One day – on one of these monthly dinners he might work up the courage to ram the candlelight into Vivienne’s face and break for the front door.

Marco only had one problem with that plan, he had grown to love Vivienne too much to try that again too. 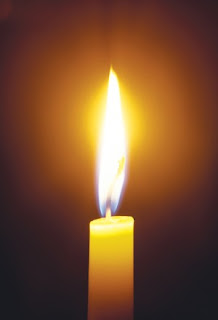