It’s our first date and he arrives wearing a designer blazer, jeans, and holding a bouquet of roses. He gets an eight for appearance and a nine for thoughtfulness.

We’d never met before. And first impressions are key and this guy showed up looking like a million dollars and acting chivalrous as hell. He holds the taxi door open for me. And that is exactly what you would expect from a man. He orders a sparkling wine which is expensive but also shows knowledge of wine. He pronounces his words carefully, doing his utmost to not overwhelm them with his New York accent.

He picked the restaurant and it was expensive. The food was delicious. His eating manners were correct. He used a knife and fork. He didn’t slurp the pasta and he didn’t have half the dish down his shirt.

Ladies pick up on these kinds of things.

As a woman, you should definitely study everything about the man. Because we shouldn’t settle for less.

He was polite to the waiting staff. He tipped. He offered to pay the bill. And he ordered me a delicious sorbet for dessert.

It was a perfect first date.

Waiting in line at the taxi rank. Despite desperately trying to show me that he’s a gentleman, his eyebrows arched when I ask:

“Want to come back to mine?”

But did he say no? The gentleman facade quickly vanished, didn’t it?

Kissing on the sofa back at mine. He was an okay kisser but the expectation was so high before that - he wasn’t mind-blowing.

I grab his crotch and he doesn’t resist, he doesn’t pull back, he doesn’t tell me to wait. And with that - he fails the final test.

I kiss his neck. His body jerks as I bite down into the flesh. The blood squirts out and he’s screaming. He’s instantly convulsing. I slip out the steak knife kept between my waistband out and I open his throat. After about ten minutes of draining he’s dead. I drag his body to the stairs at the bottom of the kitchen and throw him down there with the others. I can hear some of them, those that are still alive, scurrying to feast on his body. They hadn’t had a meal in so long - I can’t really blame them. But cannibalism is a big red flag in a man as far as I am concerned.

Checking my Tinder I see a new notification.

A guy called Greg. Greg’s profile picture is of him holding a giant fish. He looks happy. He looks sweet. He looks easy. 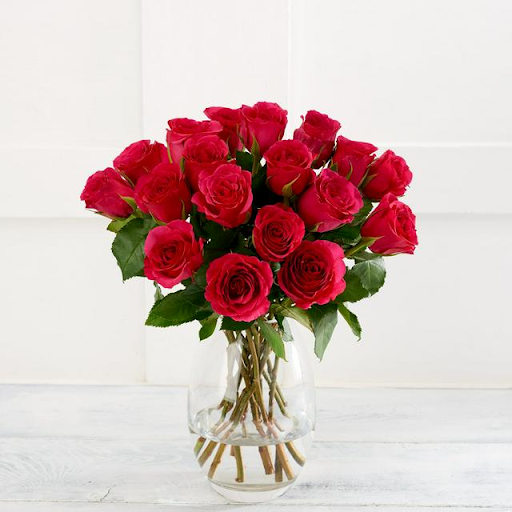