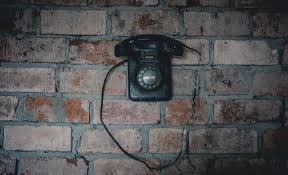 “I got something for you,” Barry said.
It started in a rundown pub in East London. David was losing everything. The breakdown had cost him his job. His wife had taken full custody of his daughter and was now living with some damned postman. A postman. David was once a millionaire MD, and he’d been dumped for a postman.
Now he spent his time in East London dives lamenting over everything he’d lost. And it was all because of her.
Ashley Miles.
That was her maiden name of course. That was what she called herself now. And his daughter is now called Chloe Miles.
She wasn't Miles. She was an Edwards. Chloe Edwards. Not Chloe Miles. Just saying the name Miles made him sick. And the postman was called Fabio Galardo. And no way was his daughter taking an Italian name off an Italian bum.
He drowned himself in whiskey. It was all he had. He desperately missed his life before the bottom fell out.
Sat opposite him was Barry. His oldest friend. His biggest confidant throughout all of this. Barry was all he had. But Barry was strange and Barry could be hateful when he wanted to be.
“The trick or treat hotline,” Barry said.
“What’s that?” David replied.
“It’s called the trick or treat hotline,” Barry said.
“What is that? This is a joke?” David said.
“What day is it today?” Barry said.
“Wednesday,” David said.
“No, the date?” Barry said.
“Twenty-third,” David said.
“They only open between the twentieth and thirty-first of October every year. It’s a trick or treat hotline.” Barry said.
Barry slid David a card. The card was plain white with an orange pumpkin embroidered on it. And when you flipped it - there was a phone number.
“Trust me,” Barry said.
David sat on it for a few days and did his usual boozing but as the cut-off date neared closer and closer, he could not resist calling. Just to see what they’re about.
He remembered the parting shot from Barry in the pub.
They’re not cheap.
Barry said as he was drunkenly getting into a taxi.
David was one of the few people in the country that still had a landline. Nobody had landlines anymore, besides for businesses. Everybody had gone mobile. But David picked up his landline phone connected to the wall and dialed.
A woman’s voice answered. Perky and customer service-y.
“Hello and welcome to the trick or treat hotline.” She said in a bubbly tone.
“I was given your number to erm… ah forget it,” David said.
He slammed the phone down.
He poured himself another drink. The phone rang back. David exhaled nervously and picked it up.
“Hello, this is David Edwards,” David said.
Why did you just say your name?
It was a man this time. Gruff and harsh like a drill sergeant in the movies.
“Did you just call?” The voice said.
“I did but… wrong number,” David said.
“What did you want?” The voice said.
“Something about a trick or treat?” David said.
What the hell.
“To who?” The voice said back.
“My ex-wife. My current wife, I mean, she’s divorcing me.” David said.
The line went quiet.
“Hello?” David said.
“Trick or treat?” The voice said.
“What does that mean?” David said.
“You don’t know what trick or treat means?” The voice said.
“Not in this context. No.” David said.
“Say one.” The voice said.
“Trick,” David said.
“Well. That means that she gets a trick and you get a treat.” The voice said.
“Ok. Fine. Trick.” David said.
“That’s fine sir.” The voice said.
“How much?” David said.
“First one is on us. Call us next year and maybe we’ll charge you but this one is on us.” The voice said.
David paused.
“Now. I just need to take some details from you. Let’s start with your wife’s name?” The voice continued.
David proceeded to tell the authoritative voice on the phone his own personal life story. The story of doomed romance. The betrayal, the cheating, the internal emotional anguish which has doomed David to this day. The tipping point - going into work and beating some tea-boy to near death. Losing his daughter. Everything. By the time the conversation ended David looked down and saw the stream of tears on his sleeves.
“We’ll be in touch.” The voice said.
***
Ashley had just dropped Chloe off at school and was slightly speeding down the school lane at 40mph in a 30 when a masked man in a hooded gown jumped out into the road with a baseball bat and caused Ashley to swerve.
She shouldn’t have been speeding. She should’ve seen the thing emerge well in advance. But that wasn’t what killed her. What killed Ashley was the fact that she didn’t put her seatbelt on and that she plowed into three parked cars and finished off wrapping the car around a lamppost.
A witness swore that they heard the gowned figure yell TRICK before fleeing. But it wasn’t their fault. Ashley was driving like an idiot and not wearing a seatbelt.
The time and date of death - 31st October at 8.27 am.
***
David went to the front door and was surprised to see a FedEx man. The FedEx man had a blackened smile and scars zigzagging across his face. But David was still glad it was a courier and not the postman. He had a newfound hatred for postmen.
He took the box and went into his house. He opened it and saw the words TREAT on a small card within the box. Besides that the box was empty. But it wasn’t really empty. Not to David. David knew what was really inside that box.
It was her. It was her transparent ‘being’. David knew that and could feel it within him. His treat was her soul, right there in an ‘empty’ FedEx box.
That was his treat.
The phone on the wall rang.
RING RING RING.