Alex looked at the people across his laptop screen, ambling through the virtual world like crazed ants.

The status bar in the top right hand corner read “MEDIUM” with an orange glow. This was used to determine the revolutionary appetite of the people on screen. Medium wasn’t bad. But it wasn’t good.
Time for a purge.
**
“Mr. Torres.” A uniformed man said.
“Yes?” Marcus said.
Marcus was knee deep in his tomato plants. He had a mini shovel and his dungarees on. It was a warm summer’s day.
He was annoyed to be bothered by a bureaucrat.
“We have a warrant for you. Would you mind coming with us?” The man said.
Marcus threw down the shovel and wiped the mud from his knees and followed the man to his car.
Four other men sat in the car waiting for him.
“I am sure this is a misunderstanding, sir.” Marcus said.
“We have your name down on our list I am afraid.” The man said.
“What list?” Marcus said.
“Alex’s list.” The man said.
Marcus felt tension in the pit of his stomach. Alex was the boy dictator. He ruled through fear, murder and intimidation. Somehow; Marcus’ name had made it all the way up to the leader.
“Sir, this is some kind of misunderstanding.” Marcus said.
His voice quivered.
He got in the car but then desperately tried to jerk the handle open. He tried to force the car door. One of the other men elbowed Marcus in the face. Marcus felt the crush of his nose and a stream of blood shot out.
“This is a mistake. I’m just a market seller. I shouldn’t be on the list.” Marcus pleaded.
Tears streamed down his face.
This was it for him. This was it for so many residents. The fear and anxiety rose high up in his throat. He had seen so many neighbours disappear off the face of the Earth and here he was being driven to his tragic end. He never imagined it’d happen to him.
The car left the city behind them and Marcus saw the straight and empty road leading to the infamous Slaughterhouse.
The sign read SLAUGHTERHOUSE: 5 MILES.
**
When Alex returned to the laptop, the body of Marcus Torres was displayed on screen. They’d given him a good beating before putting a bullet through his brain. Alex felt a smug satisfaction.
Sometimes Alex was so immersed in the laptop that duties around the house became neglected.
His mother knocked on the bedroom door.
“Oh Alex. Are you carrying out another purge dear?” His mother said.
“How do you know mummy?” Alex said.
“I received a phone call from a very distraught Mrs. Torres. You have to remember that what you do on the app has physical consequences. It may seem like a game, but it’s real.” His mother said.
Alex shrugged and returned to his very real ‘virtual-game’. 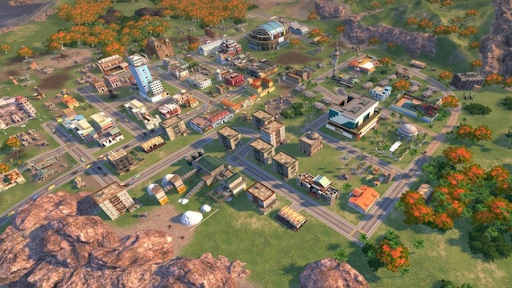